Responsible for migrants: Trump imposed trade duties on all products from Mexico

Since June 10, the United States introduced 5% duty on all products from Mexico, declared the head of the White House, Donald Trump. This decision explains Washington undesirable Mexico to combat illegal migration. It is believed in the country, hundreds of thousands of Hispanics. It is noted that fees will be raised, and by October it will reach 25%.

The US will impose duties on all products from Mexico until Mexico stops illegal migration. Moreover, fees will increase. This was stated by the President of the United States, Donald Trump. 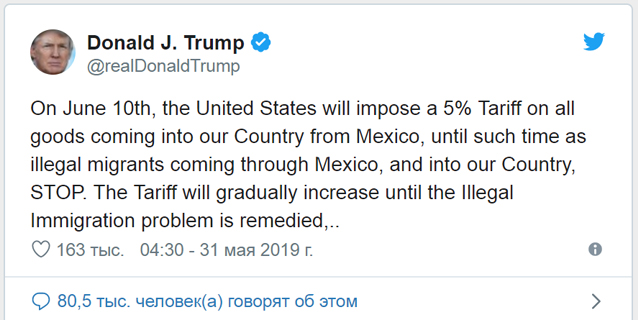 The White House website explains that if Mexico City does not take measures to combat illegal migration, each subsequent month the fees will increase by 5 percentage points - until they reach 25% in October.

It is noted that Washington made such a decision in connection with the flow of "hundreds of thousands of people who arrived through Mexico and entered the country illegally."

“Gang members, smugglers, human traffickers, as well as all sorts of illicit drugs and drugs cross the southern border and enter our society. Because of this, lawlessness constantly kills thousands of innocent people. We need to stop this now! "- Trump's White House statement."

“Mexico is conniving at this massive invasion, which seriously endangers national security and the economy of the United States. Mexico has very strict immigration laws, and it can easily stop the illegal flow of migrants, including returning them back to their countries, ”the American president emphasized. 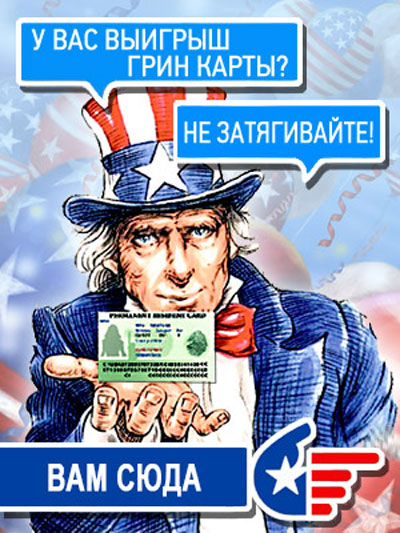 Your callback has been sent sucessfully